3 most popular festivals in Nepal

The peaks in Nepal are the utmost attraction for most of the tourist. Especially, they act as a paradise for the hikers and mountain lovers. While the greatest achievement is to climb the highest peak in the country, the Mount Everest. Well, if you successfully climb the Everest, it does not just become the highest level of success for you, but even it accolades as the most fundamental and greatest achievement ever made in the whole life. But alongside, if the colors of the religious, regional, traditional and historic festival are added to this mighty expedition, it certainly raises the bar of success. While talking about Nepal, there are plenty of festivals that cover the whole year. And among those, there are numerous sporting events that are conducted for weeks, ending up on a challenge that brings the finest acclaim to the winner. Ahead of that, the Nepali festivals even get the influence from the neighboring region, majorly India. And the Indian colors are depicted in numerous festive occasions. Indeed, these festivals offer spectacular sights. While deep inside, there is a wide window open to experience the Nepali lifestyle and their heritage.

The festival of Basant is one of the notable occasions brought into the light of history from the ancient Hindu peasant lives. Since the beginning, this has been termed as a thank-giving event, in which the Hindu and Buddha farmers thanked the deities of weather, land, and farming for blessing them with the spring season. Actually, this was a winter farewell festival in which the spring colors, notably yellow, was worn to honor the mustard fields. The included events consist of kite flying, ritual submissions, family feasts, carnival, and dancing. The historic connections to this festivals date as old as the 2nd Century CE. The original incident so accounted is linked with the Hindu religion, but there numerous disputes upon the origin of this event. Well, one of the accounts relates this event to a Hindu goddess, Saraswati, who is taken as the goddess of the arts, culture, and knowledge. And her powers are even associated with love and desire. This branch of history is taken in by the Nepalese living to the west. Ahead of that, there are various South Asian historians that stick to the view of the mustard field harvesting. They narrate that this festival began after one of the Hindu kings marked a rejoicing event for his subjects, after calling in thanks-giving event to mark the end of winter and start of spring. And during that period, the mustard field is harvested, that made the yellow color as the prominent sign for this event. The other religious account linked to this festival tells a tale of love spreading deity. He was out on a mediation when a goddess Parvati needed him to come back and do the worldly jobs. While she asked Shiva to bring him back. For the cause, he shoots some heavenly arrows made of flowers surrounded by bees. Some Hindu factions in Nepal arrange flowers in various forms, like the bouquets and present them to their loved ones. And the pink and saffron colors are worn in their community on this day. The processions of this festival are different in every region. Even the length of these festivals also varies. In some parts of Nepal, it is a week-long event that begins with the submission of rituals, then the performance of some additional religious acts leads to the fair arrangement, where sweet meals are abundantly found and even adds the kit flying to that event. While the festival ends on another ritual submission, stamping the patience for the Phagun Purnima. This festival is celebrated throughout Nepal, and every community residing in the country participates in this event. Does not matter what religion they belong to, but every Nepali has a reason to participate in this festival.

The Losar is a New Year festival as per the Buddhism calendar. It is celebrated every year between mid-February and mid-March. The ideological concepts for the celebration of the Nepalese are same as the Buddhism followers of the other region. But the dates vary, based on the lunar and solar correspondence. The next event would occur by February 25. Well, every New Year a different element that is picked that is linked to the lifestyle of the followers. Like in 2018 Male was picked as gender, with the Fire as the element and the Dog as the sacred animal. The ongoing year is a female with earth and pig. While the next year will have an iron male with a mouse. Well, the history for the happening of this festival is pretty unclear. The only common aspect is, that when Buddhism begin to rise, many following communities adopted the year cycle method as per the religious preaching. And in accordance to those dates, the start of every year is celebrated as Losar. The actual event is as long as a fortnight. But the main celebrations only happen in the first three days. During these days, there are holidays in the Northern and Eastern mountainous parts of Nepal. And the people decorate their homes with the banners made for the new elements, animals and the genders. Alongside, fresh flowers and some other decorating material is also used. Further events include visiting the monastery and praying for a successful, prosperous and healthy year. Doing so they even visit the monks and take the blessings. The celebrations further extend to the cultural dances, singing, and depiction of the religious incidents. Ahead of that, families gather and prepare a mighty meal that is later served by the afternoon and evening. Well, in this whole process, you would be able to explore the history of the Buddhism community residing in the country. Their traditions, customs, rituals, food, dresses, in a way, each and everything is different from the Hindu and Muslim communities. And they are the major participants of this event.

You must have heard about the notable Indian festival Holi. The Nepali version of that festival is known as Phagun Purnima. The Basanta Panchami stamps the celebration of the Phagun Purnima, as it is celebrated exactly after 40 days of that festival. Just like the earlier festival, the Phagun Purnima even gets numerous concepts associated with its occurrence. Plenty of Hindu preachers debate that this event has nothing to do with the bloom of spring season. But the historians agree to the point that the festival is basically a celebration that marks the height of the spring season. Well, this event even dates back to the ancient civilizations of this region specifically under the Hindu rulers. As far as the dates are concerned, the happening of these festivals depends on the Hindu calendar that is way different than the Gregorian calendar. While it lies amid the end of February till the mid of March. The Hindu accounts reveal that this very event is a birthday of various deities. Like it is a birth anniversary of the goddess of wealth, god of power, god of peace and the god of happiness and joy. Some other accounts narrate that on this day, a demon was killed and in its memory, this festival is organized. It is a celebration festival in which people rejoice thanking the deity that killed that demon. The festival begins just before the sighting of the full moon. Every community has a different activity to be performed on this day. Some fast until the sighting of the moon, and some relish the family feats. On the very next day, the color games are played throughout the country. This event is celebrated in every corner of the country. There is no specific designated region for this festival. Further, the participants of this event are the Hindu and Buddha communities living in Nepal. But alongside, the foreigners even jump in during the color games. 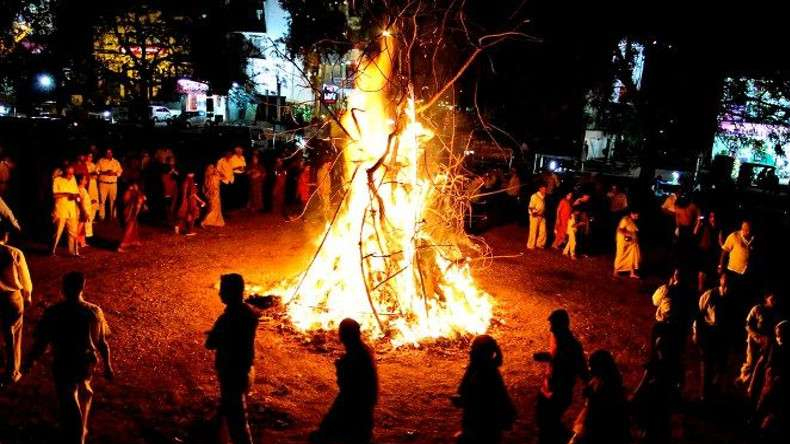 A trip to Nepal has much to offer and will give you the adventure of a lifetime. If you are planning a journeyto Nepal, visit the German website Backpackertrail for the best routes and more blog posts about this country.

Learn About The Different Services Provided By Oshawa Limousine Service

All Travel Solutions in Guatemala: Choose the Smartest Solutions

How To Organize Jewelry For A Trip

Learn About The Different Services Provided By Oshawa Limousine Service

All Travel Solutions in Guatemala: Choose the Smartest Solutions