3 Most popular festivals of Scotland 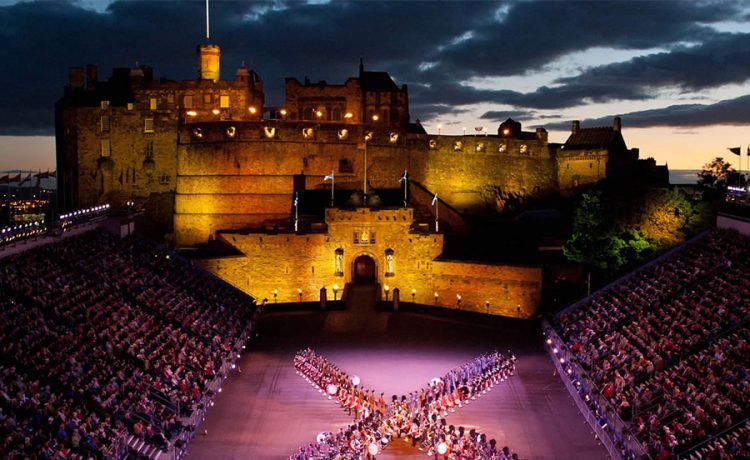 Scotland is the land of castles, harbours, boats, and Vikings and the Scottish government is working hard for the promotion of tourism there. Numerous historic places attract millions of tourists every year. Tourism is playing a significant role in the Scottish economy. Nature has gifted the country with the most beautiful landscapes in the world. It has awesome hills, farmlands, lochs, woodlands, beaches, and parks. Mostly the Summer is considered the more amazing season in Scotland and more traditional festivals happens in the summer season. There are official websites about famous Scottish festivals where you can buy the tickets and can plan your tour in an organized manner.

It’s believed that Saint Andrew was one of the twelve pupils of Jesus. The strange thing is that he never visited Scotland, but he is said to be the Patron of Scotland. King Angus saw a dream in the 9th century, and he saw in his dream that Saint Andrew was predicting his victory against the English. The King also saw an X in the sky which we can see in the Scottish flag now. In commemoration of this, 30th November is celebrated as St. Andrew’s Day in Scotland. So, the day is religious in its origin and is a national day as well.

Celebrations include wearing Tartan (a traditional dress), praying and religious activities at churches, rallies (including torch rallies like Up Helly Aa), ceilidh (traditional dance of 8 people in a circle), performances, making traditional foods, singing, decorating streets and houses with flags, exhibition of arts and crafts etc. Scotland has a large variety of traditional food. So, People also cook other Scottish food items like Haggis, Neeps and tatties, Porridge and Bangers and mash, etc. on the day. Different communities have a different style of celebrations and different traditions at St. Andrew day, which produces diversity in the event. Even the traditional dress Tartan has hundreds of different styles. The central ceremony of the event takes place in Edinburgh. Another great exercise takes place in St. Andrew town. There is also a habit of throwing personal feasts to friends and relatives on the day. Sometimes non-Scottish people do this to make their Scottish friends happy. Its celebrations at the end of November also welcome the new season. People spend time on the beaches, restaurants, boats, and hills in the evening and think about the future. The day is an end of some old things and is the start of some new things. Saint Andrew’s day is also a day for the Scottish people, to think about Scotland, about their history and future. It’s a moment to recall their great leaders and wars. So, some history is discussed in discussions, ceremonies, and gatherings.

Though the event is purely related to the history of Scotland, it is also celebrated in Ukraine, Russia, U.S.A., U.K., and so many other countries of the world. People from different countries love to be part of these impressive ceremonies. No doubt St. Andrew’s Day is a big day, and one of the most celebrated festivals in Scotland, because it is about Scottish history and ideology. So finally, there is not any aspect of Scottish traditions that St. Andrew’s Day leaves untouched.

Another great festival in Scotland is Up Helly Aa. It’s the biggest fire festival in Europe which takes place in Shetland. Up Helly Aa is the most beautiful community festival in which people with burning torches in their hands gather at the centre of the city (Shetland) and burn the big wooden galley. It is celebrated in January (29 January in 2019) and celebrations were started in the 8th century in the memory of a pirate named Viking Jarl Squad who attacked European harbours between the 8th to the 10th century. And burning the ship may symbolize the victory that comes by not looking back.

A big crowd with fire in their hands surrounds the big wooden ships which looks like a cluster of stars. This fire brightens the whole sky above, and the activity can be seen from a faraway. The thrill of the action will get you back into the 10th century of worriers. It’s a unique event. Participants (who take part in burning the galley) of the festival are called guisers, and they wear traditionally themed costumes.

Up Helly Aa celebrations are the modified form of the old event. There was a habit of burning large Tar barrelling, which was a dangerous activity and was redesigned by the government into the current form of small fire of torch and a secure place without children as participants. However, the thrill and enthusiasm of the festival is still the same. Adventures and courageous Scottish people are getting more and more involved in the event and Up Helly Aa is getting more and more known with time. Currently, it has become a centre of attention for tourists and attracts a large number of travellers, journalists, photographers, writers, and families from all around the world. There might happen a confusion about original Up Helly Aa for an unfamiliar person because there are so many other fire festivals in Scotland which have similar activities. But the performance at Lerwick is most prominent and has a bigger galley than other events.

Incredible snaps of Up Helly Aa captured by photographers have been published worldwide in various magazines, newspapers, and websites. So, this event of the fire is well known now. If anyone wants to see Up Helly Aa, then the best option is going to Scotland and witnessing the main ceremony from close up.

Scottish boat festival is another Scottish Cultural festival which takes place annually at the classical coast of Banffshire. Like some other famous Scottish festivals, Traditional boat festival also happens in the summer season. The date of the celebrations is 27th– to 29th of June, and the preparations begin far before June. It is a highly organized and managed activity. A lot of things are planned, like traffic routes, parking areas, children areas, etc. The parking area is at distant from the celebration place, so there is an alternative of using local bus service for joining the festival.

Scottish Traditional Boat Festival is a festival which is not just about the boats, and it has so many other activities and beauties for the visitors. These activities and charms which include music playing at the beach, the scent of delicious food rising from food stalls and spreading all around with the wind, cultural wooden boats with different shapes and art, arts and crafts, and people from different countries. Sweet sunshine and summer winds blowing at the coastal area has its unique beauty in Banffshire. Often you can see famous movie stars and writers there. Similarly, well-known musicians and singers are invited to perform at the event. So, there might occur a chance to meet your favourite celebrity. Other than visiting, Scottish people welcome you to come and join. You are allowed to perform in activities if you want. It brings more colours to the event because volunteers always bring their strange ideas, show dedication, and try to present something unique. That’s why the Scottish Traditional Boat Festival is for all; performers, visitors, and exhibitors. Exhibition of different types of arts and crafts is a part of the activity. The festival holdscomplete refreshment and enjoyment of a typical beach. This boat festival is a romantic festival, and many couples join the celebrations.

A movie named “Whisky Galore” has been picturized at the Banffshire harbour. Banffshire is also famous in stories and novels. Besides the boat festivals, Banffshire has a lot of places to visit in its surrounding. It’s a country full of historic mansions and castles with the beautiful traditional architect and old lighthouses. Banffshire is the land of the Lords and the Ladies that portrayclass and royalty. If you are interested in harbours, beaches, castles, and boats, go and join the Scottish boat Festival at Banffshire.

Besides these three festivals, here is a complete list of all famous Scottish festivals. It means if you go to Scotland for participating in an event and unfortunately miss it due to any reason, then you don’t have to worry about it because, in Scotland, one event comes after another.

Plan your trip in your favorite season to this incredible country and have a best time of your life here! If you want to read some interesting stories about traveling, you should check out Sun-Dried Icicles!