6 Places to Connect with Nature in Sri Lanka 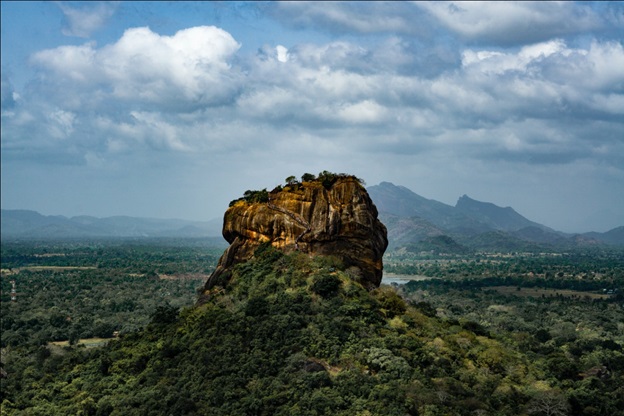 Sri Lanka is a biodiversity hotspot and showcases one of the world’s finest collection of national parks. The island country boasts exotic landscapes ranging from rainforests and grasslands to mountains and wetlands. With its dynamic terrain, Sri Lanka has an astounding rate of endemic species.

A safari in Sri Lanka transports you to leopard country, watches the migration of Asian elephants, and lets you see hundreds of bird species in one of the world’s jewels for nature lovers and wildlife photographers.

Read below to discover six of the best places to find wildlife in Sri Lanka for an unforgettable adventure.

Hugging the Indian Ocean in southeast Sri Lanka, Yala National Park is the most iconic nature preserve on the island country. Its diverse habitat is jam-packed with lush forests, lagoons, sandy beaches, and grasslands that support a plethora species.

Only two of its five blocks are open to the public, but Yala’s abundance of wildlife attracts the most visitors of any national park in Sri Lanka. Supporting over 200 bird species and dozens of mammals, it’s one of the best places on Earth for a safari.

Spot creatures such as elephants, crocodiles, sloth bears, eagles,sea turtles, and the densest leopard population in the world. The cats that prowl the Yala landscape are stealthy creatures, so stay on high alert when roaming the park.

Famous for its herd of majestic Sri Lankan elephants, Udawalawe National Park’s strategic position allows varied fauna and flora to flourish. The nature reserve was formed in 1972 after the construction of the Udawalawe Reservoir.

Udawalawe is a sanctuary for its elephant population and the Udawalawe Elephant Transit Home was created in 1995 to rehabilitate orphaned elephants and release them back into the wild.

Plains and light scrub cover the bulk of the landscape, but Udawalawe also consists of forested mountains, wetlands, and waterfalls. The blend of ecosystems provides shelter for hundreds of mammals, birds, reptiles, and butterflies. Outside of its elephants, you’ll find water buffalo, spotted dear, jackal, crocodiles, lizards, and several birds of prey.

Situated at altitudes eclipsing 2,100 meters, Horton Plains National Park lets you spot wildlife with your head in the clouds. The trek to the World’s End takes you through dense forests and bushlands onto a panoramic view of the forested valley below.

As you hike through Sri Lanka’s central highlands, you’ll find all sorts of endemic species. Nearly 100 species of birds, dozens of mammals, reptiles, and amphibians have adapted to the cooler environment, and some animals live exclusively in Horton Plains.

Normally found in the grasslands, the sambar deer is the most common creature in the park with a population in the thousands. Other creatures that have been spotted in Horton Plains include wild boars, purple-faced langurs, stripe-necked mongooses, rusty-spotted cats, peregrine falcons, and the endangered Horton Plains slender loris.

Although there was formerly a rich elephant population in Horton Plains, years of hunting have driven them from the park.

Minneriya National Park is renowned for hosting the largest gathering of Asian elephants in the world. The herd annually migrates to the Minneriya tank and its surrounding grasslands for food and shelter during the dry season.

The park’s diverse topography includes montane forests, wetlands, scrub, and rocky outcrops that support a wide range of fauna. Migratory and endemic birds flock to the Minneriya reservoir with roughly 160 species of birds residing in the park.

Gal Oya National Park offers you one of the most surreal tours in Sri Lanka due to its lack of visitors.

The park’s standout feature is Senanayake Samudraya, Sri Lanka’s largest reservoir. Boat safaris on the lake sail to tiny islands while giving you a fantastic view of the adjacent mountains.

Listed as a UNESCO World Heritage Site, Sinharaja Forest Reserve is one of Sri Lanka’s biodiversity meccas. The reserve is the final area of Sri Lanka consisting of tropical rain forest and many of the island’s rarest species reside here

Situated on the southern end of the island, Sinharaja’s pristine forest nurtures roughly half of Sri Lanka’s endemic species. Although Sinhharaja only stretches 13 miles from east to west and roughly 4 miles north to south, its wildlife density is off the charts.

This bird watcher’s paradise is a fantastic spot to see rare species like the Sri Lanka blue magpie and red-faced malkoha. The dense vegetation also supports a wide range of reptiles, amphibians, and insects. Frogs can be seen by trickling streams, while green pit vipers and hump-nosed vipers are two snakes commonly found here.

Purple-faced langurs are the predominate mammals in the reserve, but you’ll have the chance to see badger mongooses, barking deer, squirrels, and possibly a leopard.