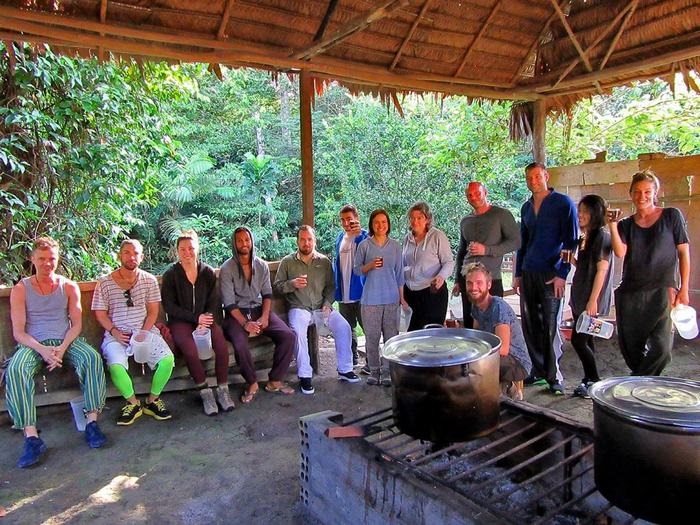 An intriguing and mysterious place in the world is the Amazon basin. The Shipibo-Conibo is one of the most mysterious and intriguing tribes of the Peru Amazon rainforest.  They live along the Ucayali river and are extremely revered since they are highly knowledgeable about ayahuasca. It is a brew made out of the ayahuasca plants which has been popular for several centuries as a spiritual concoction. In modern times, people have flocked to world class ayahuasca retreats to detach themselves from the crushing realities and have an other- worldly experience.  Many locals also respect this apparently divine plant as mother ayahuasca.

Details and high lights about ayahuasca

The effects of the ayahuasca can be different in individuals. Someone may react in a very positive manner such as showing signs of extreme ecstasy and euphoria while others may become mentally disturbed and fearful. The vomiting and diarrhea remain common effects of the body cleansing and self evolutionary procedures. Another very positive point in its favor is the ayahuasca drug addiction healing.  Many people may think that it would be even more detrimental in case of people who are drug addicts to introduce ayahuasca to them. But while there have reports of people falling ill from excessive intake, researches prove that ayahuasca is in no way addictive. In fact, there have been reports of people vomiting and reacting excessively to it to the extent that they never used it again. It also produces remarkable help in several mental health problems.

When you use ayahuasca as an antidote for drug addicts, it is important to note that has extremely low risk of addiction. In cases of addiction, psychologists believe that each person who has become addicted to alcohol is carrying some emotional pains. The usage of taking ayahuasca as treatment can help the patient on an emotional level in connecting with his inner self to identify the source of his discomfort. There have been reports of ayahuasca ceremony Peru for addiction antidote and outcome was positive. The patients were said to be in an improved physical well health and showed no signs of any negative outbreak after intake. The best part was that there was reported decrease in the usage of alcohol and tobacco.

Like everything else, this medicine has its negative as well as positive points. Although it had been limited to the rain forests of the Amazon jungles in Peru till recently, the amazing ayahuasca brew is making waves in recent medical markets too for the reported increase in emotional development it shows.