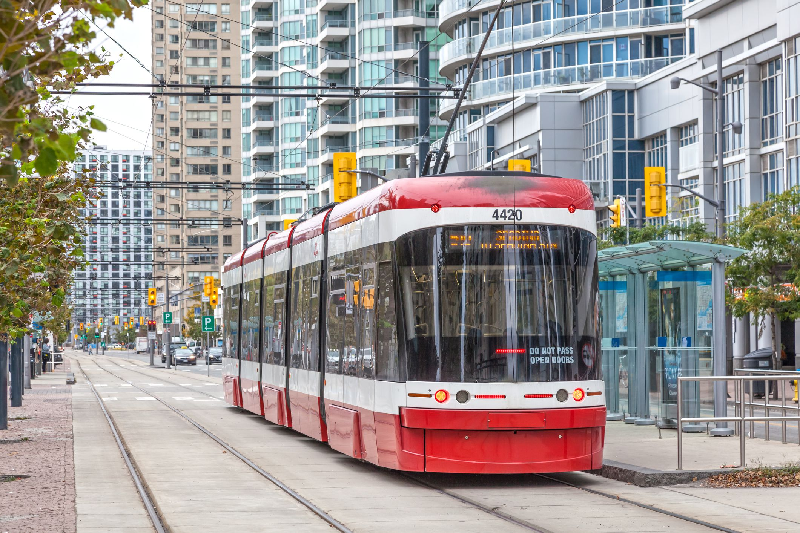 Toronto has a population of just over three million inhabitants – which reaches more than six in the metropolitan area – and is very extensive, so the car is the most common means of transportation. However, it also has an integrated public transport system – called TTC by the name of the company that manages it – which, although very criticized by the inhabitants of the city for its repeated delays and cancellations, allows us to move around Toronto in a way more or less effective.

The TTC, an acronym for the Toronto Transit Commission, is made up of three different types of transportation: Subway, tram, and Toronto Party Bus Rentals. The three networks are integrated, which allows the ticket to be the same for the three means of transport and we can easily switch from one to another in one of the many transport exchangers in the city.

The Toronto subway is quite small for the size of the city. It consists of two main lines – plus two other peripheral branches – that connect some peripheral areas with the city center. The two big lines are yellow and green.

The yellow is U-shaped, with two parallel sections that connect the north of the city with the center with a curve in the Union Station area. One of them follows the route of Yonge Street, the main street of the city, while the other reaches the center of the city on University Avenue.

For its part, the green crosses the city from East to West, with most of its route running below Bloor and Danforth streets. It intersects in three stations with the yellow line and, in its west terminal, allows us to connect with the public bus that goes to the airport.

The subway network is insufficient for the size of the city and is already working on its expansion. However, most of the stations have transport interchanges on the surface where we can take buses or trams with the same ticket that bring us closer to our destination.

The metro network is complemented on the surface with several tram and bus lines. Trams are especially important since most of their routes run through the city from east to west and cross the main streets of Downtown – including King, Queen, Dundas or College. They usually have the terminals in some subway exchanger and there are also possibilities to transfer between means of transport during their journey.

Depending on the line, its frequency is higher or lower – 504 King Street or 502 Queen Street is the most popular and frequent. Trams (in 2013) are not especially modern and at peak times they can also be very crowded, but they are very practical. They have stopped every few intersections and circulate through streets already quite saturated with traffic, which also makes them not especially fast.

They have, however, a serious problem that makes them not overly reliable. Any breakdown in one of them or any small traffic accident on the street through which they pass blocks the entire line for many minutes, which sometimes causes very long waits. Another common problem is that, due to service needs, so-called shortens are common, which make the tram conclude the route at any stop before the terminal to turn around. This means that you have to get off the tram and wait for the next one, something especially unpleasant in the winter months.

The Toronto Party Bus Rentalscomplement the rest of the subway and bus lines to reach the areas of the city where they do not arrive. Just as tramlines usually run from east to west, bus lines run primarily from north to south in the Downtown area. Outside it, they may have fewer straight routes. Many of these bus lines have their terminal in the exchanger of a subway station. The bus is also the only night transport alternative in the city, with a specific network.