The Best Times to Visit Haiti 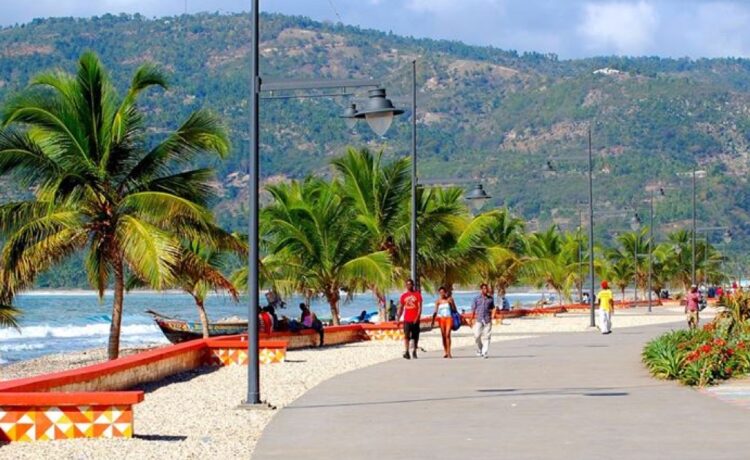 Do You Want to Know the Best Time to Pack Your Bags and Travel to Haiti?

In the Heart-of-the-Caribbean nation of Haiti, the climate can range from mostly Tropical and Oceanic, to Subtropical and Slightly Arid, however, the average temperatures remain at around 30 °C (86 °F) in the day and 20 °C (68 °F) at night year-round.

The reason for these steady temperatures is that, unlike your typical winter, spring, summer, and autumn seasons, the weather in Haiti is divided into two periods, the Dry Season, and the Rainy Season.

So, before you grab your shades and sun-block, find out what the best time to visit Haiti is for you.

Dry Season almost consistently falls in the months of November through March, but can often kick off in December.

Although temperatures are slightly higher in the Dry Season, cool Tradewinds from the Atlantic are thrust up and around Haiti’s coastal areas by the Dominican Republic’s Cordillera Central (Central Mountain Range) and the Massif de La Selle mountain range in Haiti, refreshing the beautiful beaches, and lowering the overall humidity inland.

Now just because it’s called the “Dry” season, doesn’t mean that you’re in for an insufferable heatwave holiday, it refers to the fact that it rains very little during this period, with only 2 to 3.5 inches of rain per month, and a total of 28 inches per year in some areas.

What you can expect

All in all, November to March would be the best time to visit Haiti for Beachgoers and Carnival enthusiasts, as the Dry Season is the perfect time for water sports, excursions, sightseeing, and festivals.

Fete Gede / Festival of the Dead (November 1st and 2nd)

Also known as All Saints Day or All Souls Day, Fete Gede is celebrated in memory of passed loved ones, and the practice of ancestral African Voodoo ceremonies.

The Haitian Kanaval (Carnival) or Mardi Gras, is an exciting nationwide celebration of Taino and Afro-Taino culture and history, where Haitians dress up in colorful and elaborate tribal costumes and dance to the sound of live acoustic bands.

All of Haiti gathers for not only a new year to come, but most importantly to the Haitian people, their freedom and Independence from French Colonial rule.

During high season, Jacmel is a preferred location on the Southeastern Caribbean coast, perfect for branching off and visiting local hot spots like the waterfalls at Basin Bleu, or the exotic beach of Raymond Les Bains.

Further down the coast and west of Jacmel, Les Cayes (the keys) is home to what is considered one of Haiti’s finest beaches, Gelee Beach, with proximity to the marvelous Ile-a-Vache and the outstanding Botanical Gardens of Le Cayes.

In the Northern region on the Atlantic coast, Cap-Haitien is the second-largest city in Haiti with some awesome attractions like:

With the exception of the month of July, which (give and take) can be pleasantly warm and sunny, or partly cloudy with spontaneous showers, the Rainy Season typically extends all the way from the months of APRIL through OCTOBER, with May and October being the months with the heaviest downpours.

The peninsula of Tiburon which extends from Jacmel in the Southeast to Jeremie in the Southwest usually receives the toughest wet conditions, and is a frequent target of seasonal hurricanes and storms, like all nations in the Caribbean from June to Oct.

In the Northern Coastal regions like Port-de-Paix, Cap-Haitien, and Fort-Liberte, sporadic rain showers are frequent even during the Dry Season but suffer less humidity than the southern areas.

What you can expect

Even though the rainy season may seem dreary, it really doesn’t paralyze Haiti and its tourism but offers its own distinct places to travel to Haiti and the same energy in all of its festivities.

Mainly celebrated during Easter week, the Ra-Ra festival revolves around traditional dance and musical street processions, where its signature long bamboo instruments called the Vaccine are played in several bands at Voodoo ceremonies.

Krik? Krak is the annual Haitian Folklore music and storytelling festival, where groups of locals gather outside of their homes to tell tales, the teller beginning with the word Krik? and those in attendance must respond with “Krak” for the story to begin.

This special day is in commemoration of the principal leader of the Revolution against the French Jean-Jacques Dessalines, who became the first to end slavery permanently in the Americas and is a founding father of the Republic of Haiti.

During the month of May through August (first rain cycle), Petit Goave remains largely dry and sunny with few showers due to its position on the Northern coast of the Tiburon Peninsula.

Here you’ll have the pleasure of enjoying some of the most pristine white sand beaches, Kokoye Beach and Bananier Beach.

Port-au-Prince’s geographical location and an annual average rainfall of around 66.8 inches, Haiti’s Capital city make a great destination if you’re looking to stay dry, plus it’s a great spot if you want to travel to other areas during your stay.

The satellite Island of Gonave, off of Haiti’s central coast is a perfect sanctuary during the wet months, as the weather stays lovely almost all year-round from January to June, and picking back up in November.

Gonave only sees an average of 81mm of rainfall per month, so while you’re strolling on Gonave’s beautiful beaches, swimming in its natural pools, or hiking in its mountains, you can take a deep breath and relax.

Dry Season is without a doubt the best time to visit Haiti, for its low precipitations and consistently sunny days, however, don’t count the Rainy Season out, as it offers a more adventurous selection of destinations with equal beauty.