Trip Vena
HomeFeaturedWhat and where are Dubai city and things to do and see?
Featured 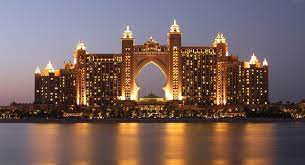 In this article, we will discuss what and where is Dubai city located and why it is well known.

Also, we will discuss the different things that you can do and also see in Dubai city itself.

What and where is Dubai city located?

Dubai is a city known for its metropolitan life because they have big buildings and also the best services.

This is one of the UAE’s largest cities, and this is the city that has been recognized worldwide by many people.

Dubai is a very fast-growing city, and they have the tallest building in the whole world.

The Burj Khalifa is the main attraction of Dubai as it is the tallest building and also a 5-star hotel.

They have made everything so much huge in the city that no one has ever matched.

They have the world’s biggest mall, aquarium, buildings, and also different man-shaped islands near the coast.

They have at least 250 islands which are made by them only, and all are on the coast of Dubai.

One of the biggest island groups that they have made is called the world islands.

Here they have made houses based on themes, and they can be purchased or rented.

Moreover, to get to the world islands, you will need to pay extra money for a boat.

The climate of Dubai is very hot all the time, and you will use cars, cabs, busses, trains, and monorails.

This is because all of them have working AC, and they will protect you from the heat outside.

Dubai was first a fishermen’s village, but later many investors came, and they saw an opportunity.

Then they started making buildings and also hotels where people could live.

In the city, you go to the aquarium, mall, skydiving, Palm Jumeriah beach, nightclub and skiing, and many more.

Since it is the biggest city in the world, it has many attractions and activities that you can do.

What are the different things to do and see in Dubai?

If you are on your Dubai holidays, then here are some places to see and things to do for you.

The first thing is that you have to go to the Burj Khalifa, which is 829.8 meters tall.

They have an observation deck on the upper floors, which you can visit and see the view.

Then you can go and ski in the ski center Dubai which is the largest skiing center there.

Then you can go on a desert safari in a 4X4 jeep or either take a ride on the camel in the desert.

Then you can visit the tower of the Arabs called Burj Al Arab, and you can have food over there.

You can then do the famous Dubai skydiving where you jump out of the plane in the center of the city.

Then last but not least the beautiful Dubai fountains which are near the Burj Khalifa.

They have a shown where they activate the fountain in a certain order and in a certain song which is very good.